Building Bliss: A History of Lakeside’s Most Iconic Building 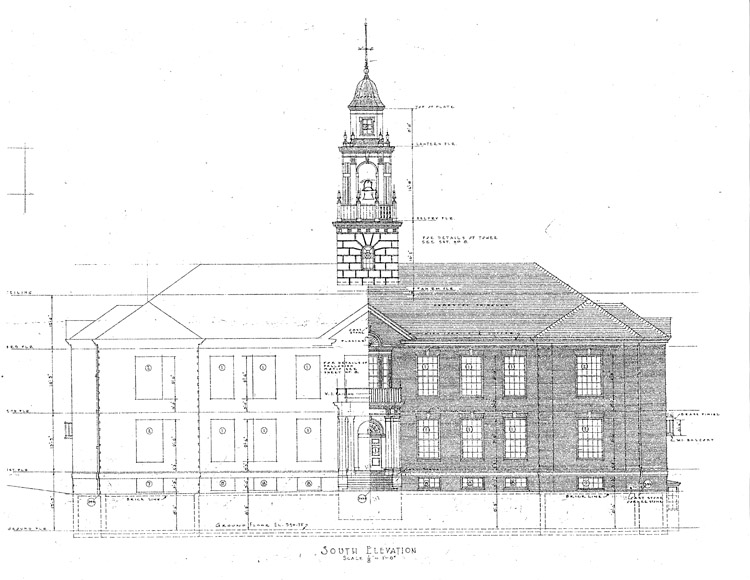 Five years before Frank G. Moran founded Moran-Lakeside School, he opened Moran School on Bainbridge Island where Charles K. Bliss was the principal from 1917 until 1921.

After four years as principal of Moran, Bliss went to Harvard to pursue his Ed.M.

During that time he got a letter from Reginald Parsons offering him the position of principal at Lakeside Day School (incorporated that year). Can you guess how much Parsons offered him? $4,000 a year. What an offer! Bliss accepted it, though records show that he was never paid that much. During his first year, Lakeside moved to 36th Avenue North (the current location of the Bush School).

By 1929, it was clear that the school had outgrown its campus.

There was to be another move; another expansion. Approximately 30 acres in the country at 145th and 1st Avenue N. E. were purchased, architect Carl Gould was engaged, a money raising campaign was launched, and by April of 1930, construction was underway. –From Lakeside History by C. L. “Mac” McCuskey

This map shows the current and former campuses. Do you notice the absence of any major manmade landmark? Interstate 5! It wasn’t completed until 1962. An article in the Lakeside Star (an early student paper) featured drawings of how the refectory, academic building, and entire campus would look.

When Lakeside moved north, it changed its name to “Lakeside Country Day School.”

This school should be of the ‘country-day school’ type. This kind of school will give the boys of Seattle the physical advantages of a good boarding school and at the same time enable them to return to their homes each night. –Dr. H. C. Pearson, Lakeside Educational Director, 1930

By the spring of 1930, as construction workers began clearing land and building the new campus, Bliss, in his own words, “was quite worn out and begged relief.” Bliss continued to teach at Lakeside until 1941 when he had to leave the school due to illness.

By September 17, 1930, the first day of school, three buildings were ready for use: the refectory, the academic building, and the dormitory. The fourth (the gymnasium) was finished on October 1. The opening made the local papers, and an event behind the dormitory marked the occasion.

Before construction began, the academic building already had a name. When it was built, Bliss housed not only the classrooms and the administrative offices, but also a large study hall with a stage, a library, a chemistry and physics lab, a biology lab, a conservatory, a dark room, and a manual training shop. 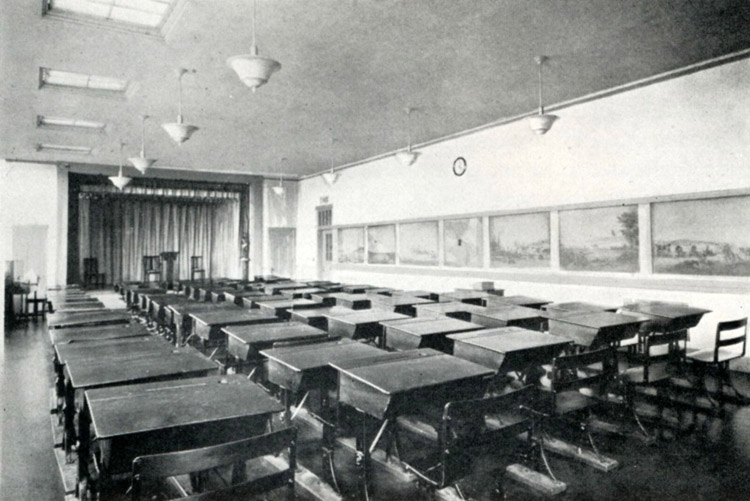 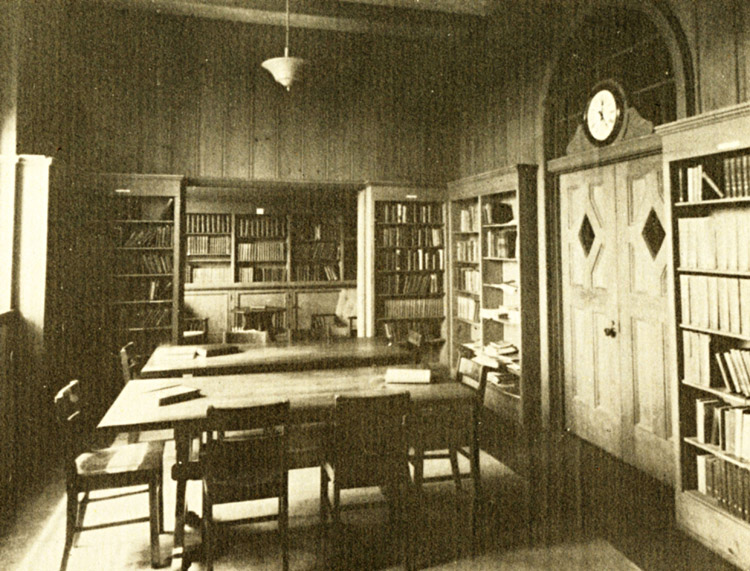 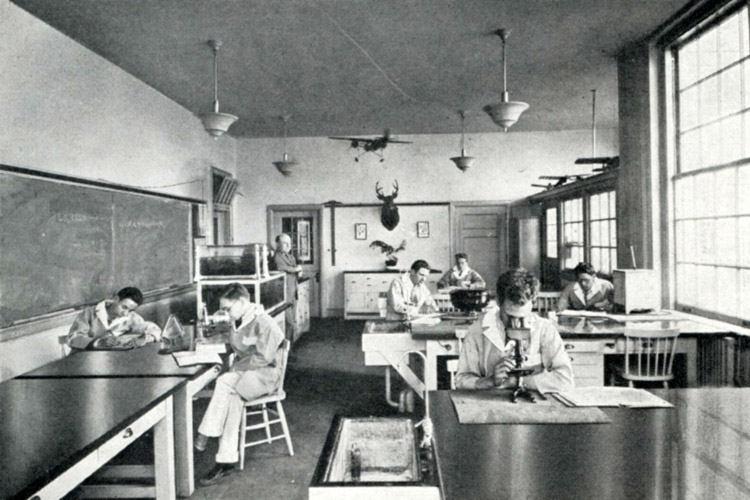 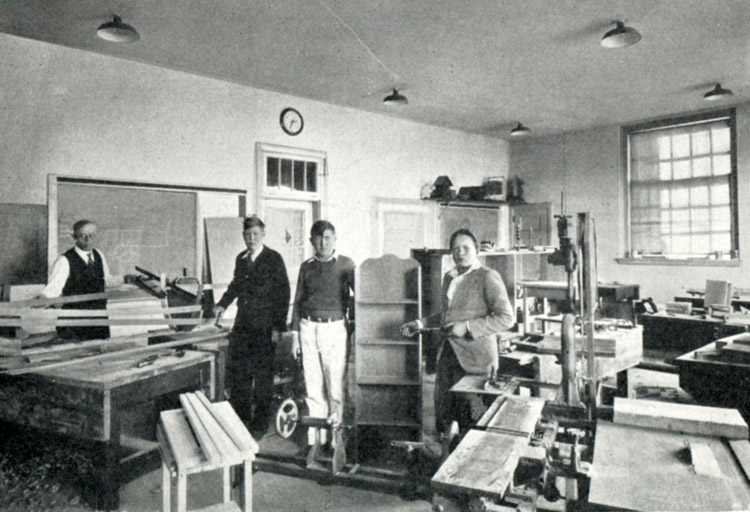 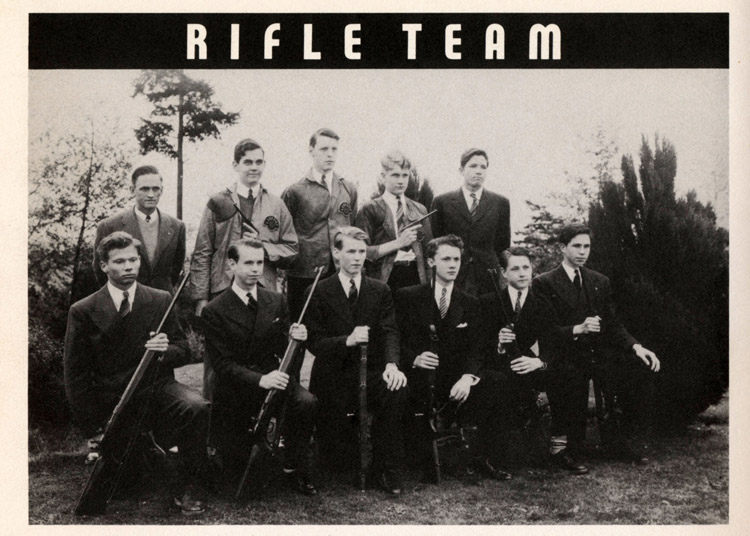 Over the years, Bliss Hall has been many things to many people. In the 30s, the Rifle Club practiced in the attic. In the 40s, the basement served as an air raid shelter and the headquarters of Local Defense Area # 2 of the State of Washington Emergency Defense Commission.

Art students did a surprise makeover of the fourth floor in 1942. The tower used to house a bell (a gift from the class of ’44) known as “the victory bell” because the school rang it after an athletic victory on campus.

Starting in the 50s, the Rocket Society manufactured all components of its rockets (including the fuel) in the basement and in the art studio on the fourth floor, students “sacrifice[d] one day of athletics per week” to learn to draw and paint with watercolors.

In the early years, the large room on the third floor doubled as a study area and a dance/event hall. Dale Bauer taught math and English in Bliss in the 1960s and the first class of LEEP students published the LEEP Frog newsletter in 1965. In the 70s, Mike Brandon taught German and current Technical Theater Director Al Snapp taught history in Bliss.

In 1973, a crumbling bell tower was lifted from the building, repaired, and reinstalled. In the 80s and 90s, the fourth floor and part of the basement belonged to the artists until Pigott Family Art Center was built in 1998. The “orchard,” so named because of its Macintosh computers and sunny location in Moore, moved to the basement of Bliss in 1998. The new location had PCs and little light so it became known as the “grotto.” Beginning in the 1990s, Spanish III students displayed their Day of the Dead altars in the basement hallway and in 2006, the seniors created another kind of display. As a lighthearted senior prank, the class of ’06 filled the ground floor with balloons. And in 2010, students, faculty, and staff gathered on the first floor of Bliss to pose for historic photographs in the building before the big renovation.