The enduring power of Quest 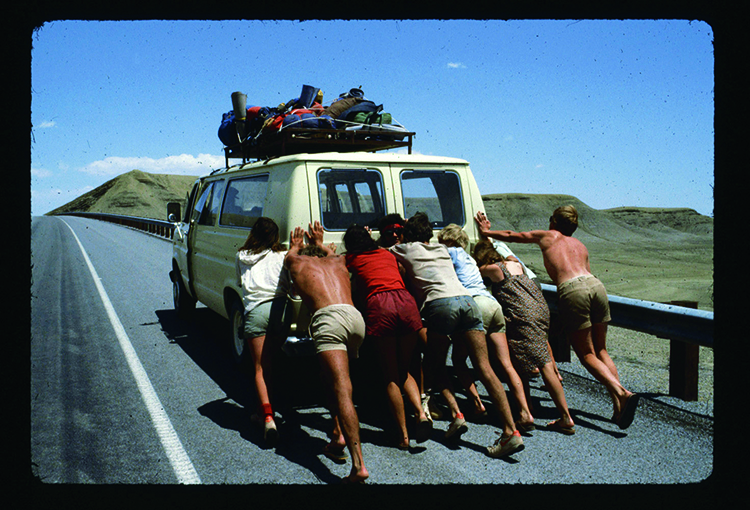 Heading to the town of Green River, Utah, for much anticipated showers on the final day of the 1982 Quests trip, suddenly “there was a clunk and no power to the wheels,” recalls Bill Vanderbilt, the first director of the wilderness (now outdoor) program. “The U joint had broken. … 20 or so miles to Green River. So we started to push!”

Among the hundreds of outdoor trips and courses Lakeside students have taken over the years, Quest stands out as remaining virtually unchanged since it began 36 years ago.

First called Journeys and Quests, then shortened to Quests, and now known simply as Quest, the inaugural course was offered in the spring of 1979. “The reason it was called Quest was because of the focus on transitions,” says Peter Hayes, Outdoor Program head from 1982 to 1986. Seniors embark on Quest at a time when their lives are about to change.

Quest has always sought to provide students a better understanding of the physical world, their responsibilities in a community, and themselves. 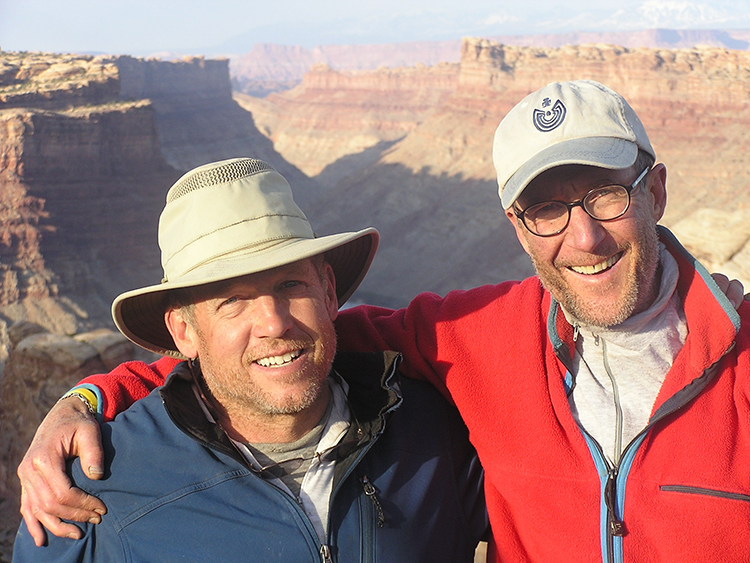 Quest students read works inspired by the wild country they subsequently explore during a three-week outdoor trip that includes three days, three nights when each ventures solo into the wilderness — for many, the highlight. Locales have shifted over the years. But for some two decades, Outdoor Program coordinator Chip Mehring has guided students canoeing the Green River through the Labyrinth and Stillwater canyons. Beginning in the 1980s, an earth science component was added to the curriculum, and in the mid-’90s, English faculty including Bob Lapsley and Tom Doelger have joined students and outdoor faculty on the trips. The reason for Quest’s enduring popularity is likely its close match to the needs of adolescents, no matter the era. Designed as a quest for knowledge and discovery, the course has always sought to provide students a better understanding of the physical world, their responsibilities in a community, and themselves.

The reason it was called Quest was because of the focus on transitions. - Peter Hayes, Outdoor Program head 1982-1986

“Going on Quest was one of the most important experiences in my high school career. … I remember rafting down the most spectacular landscape I had ever seen, hiking up to completely intact Anasazi ruins, sleeping under the stars on the slick rock with no padding (and somehow it was soft and comfortable). … It was important because I challenged myself beyond what I thought I was capable of, because I was confronted by wilderness and landscapes that were so special and that gave me a sense of my small place in the bigger picture, because I learned how to be vulnerable and trust peers, because we spent so much time reflecting on the significance of our shared experience. These are all practices and perspectives that I’ve carried with me ever since in one way or another."

Leslie A. Schuyler is archivist for the Jane Carlson Williams ’60 Archives at Lakeside School. Reach her at 206-440-2895 or archives@lakesideschool.org. Please contact her if you have questions or materials to donate, or visit the archives Web page at www.lakesideschool.org/archives.