Walking into Jillian Tsai’s Middle School Chinese classroom is an immersive cultural experience. Paper lanterns hang from the ceiling. A traditional tea set occupies a corner of Tsai’s desk. Adorning the walls are student-written Chinese characters, a map of China, and a drawing of Tàijí tú, the Taoist symbol of yin and yang. Tsai rings a soft bell — a gentle signal that instantly quiets the students and reminds them: Once you step through this door, only Chinese is spoken. She says, “Xīngqí'èr shàngwǔ, shí diǎn shí fēn hǎo” — a ritual greeting that changes with the day and time, “Greetings to you on Tuesday morning, 10:10.”

Tsai, kneeling, invites the students to join her on the carpet. Sitting close together in a circle, the students appear to have gathered in a living room. Tsai pulls a tongue depressor from a bundle next to her on the floor, and reads the name on it. That student is asked to communicate with her classmates in a challenging language that is gradually becoming familiar. Tsai asks a question about vocabulary from a movie they have begun watching in class. She enthusiastically repeats what the student says, giving the class a more precise intonation. A few tongue depressors later, a student mispronounces a phrase, changing its meaning. The class explodes in laughter. “I like when that happens,” Tsai says later. “When I hear them laughing, I know they were listening and that they understood.”

“When I hear them laughing, I know they were listening and that they understood.”

The students, respectful and subdued until now, seem energized by the laughter, and chattering side conversations start up, in Chinese. Tsai waits a few moments, calmly picks up two chunks of bamboo resting next to her, and sharply cracks them together three times — the simple, startling signal that in her classroom means silence. 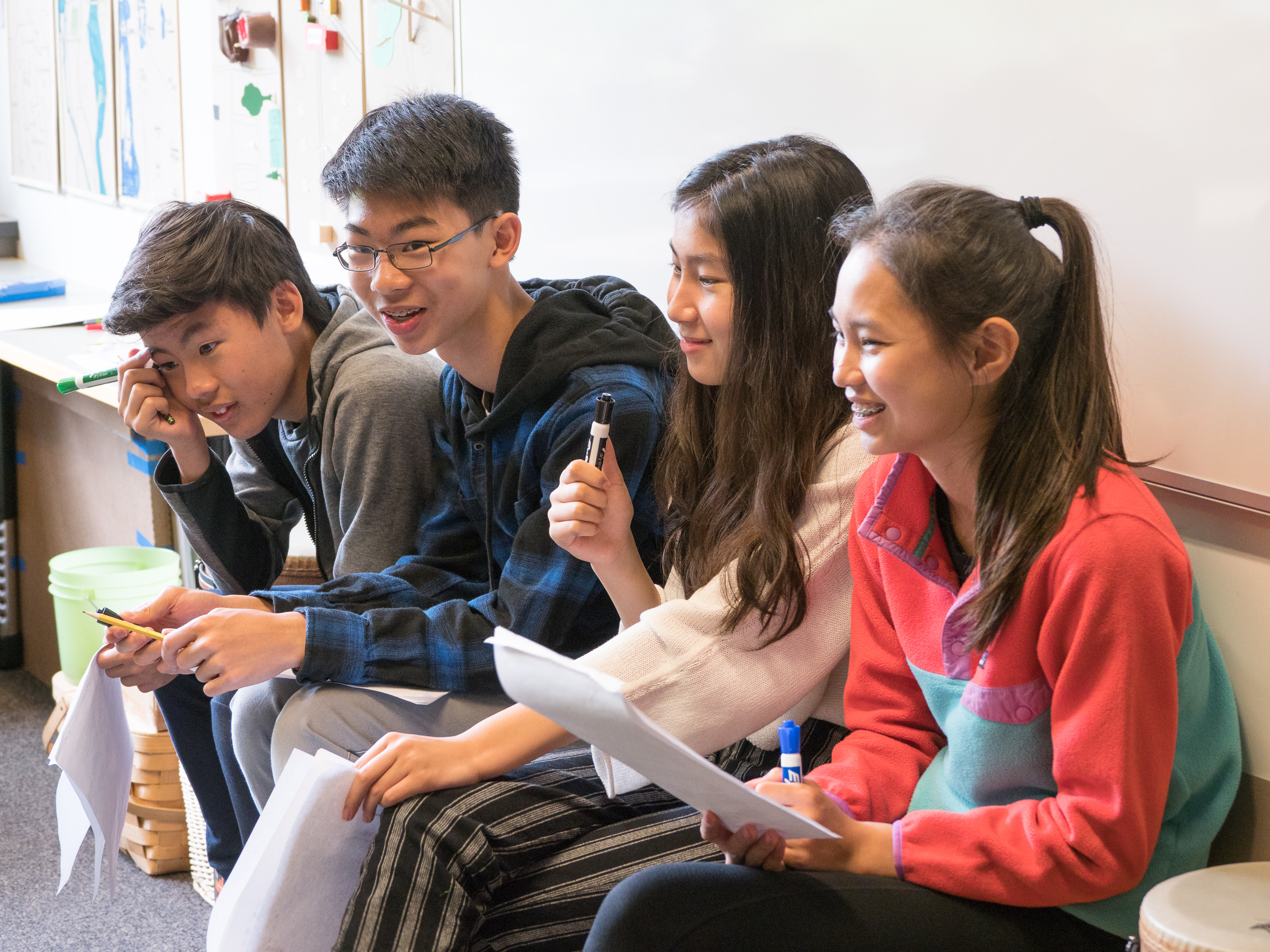 Tsai moves on, reading sentences the students have written in Chinese. She asks the students to translate them back into English. The sentences feel relevant, some of them personal. “Do you have high expectations for yourself?” An animated, if halting, conversation follows. Tsai smiles warmly. In a few minutes she pauses and shares a wooden bowl filled with rice crackers. Another ritual.

Following the snack, Tsai asks the students if they would like to go outside to play ping-pong and they enthusiastically agree. The students line up alongside a ping-pong table in a courtyard on the south side of the school. The first two face off and begin hitting the ball. The students call out the action. “Gāi wǒ fāqiú” (“It’s my turn to serve the ball”) “Búsuàn!” (“Doesn’t count!”) “Shāqiú” (“Smash!”)  The students laugh and congratulate and tease each other. Tsai joins in the laughter and cheers them on.