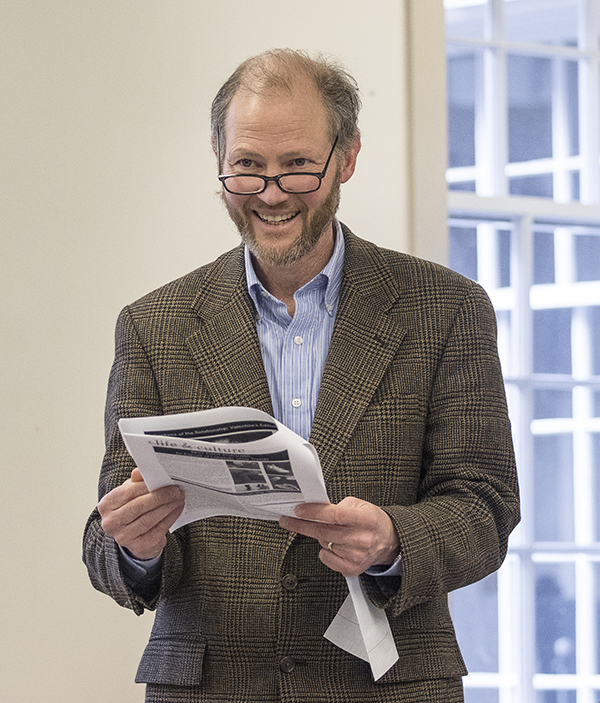 Lakeside’s Upper School faculty share some of the why and how of three film-related classes.

His background: Grew up in a film family — Grandfather was Chico Marx of the Marx Brothers, mother was a casting director, father was a Disney animator. But poetry is Culhane’s primary creative medium.

Class focus: classic and contemporary film noir; technical elements such as montage, motif, sound editing, and camera work — “less about film as narrative and more about the moving image and how cinematography and editing create stories.” Discussion topics include gender dynamics and film as social commentary. For final projects, students demonstrate the techniques they studied in their own creative projects, such as a short film, documentary, or music video.

Class watches: "The Maltese Falcon," "Chinatown," "Fargo," "The Graduate," "The Godfather," "Vertigo," "City of God" (Brazil), "The Lives of Others" (Germany), among others. Why teach film? “It’s a great American art form … It has a profound effect on how people view Americans and how we view ourselves.”

How today’s students see film: “They’re highly literate in terms of their ability to interpret images. They’re bombarded by images. Their knowledge of film is perhaps quite narrow because they tend (this is a gross generalization) to focus on very contemporary films. “The serials on TV, so well written and acted, are supplanting interest in the novel. When people binge watch ‘Homeland,’ or ‘The Good Wife,’ or ‘The Wire,’ they’re basically having a novelistic experience, with cinematic chapters."

Today’s digital tools give an individual creator much greater efficiency and control over their ability to present their story. And helping students develop storytelling skills is still at the heart of what we do. - Al Snapp, Upper School arts teacher 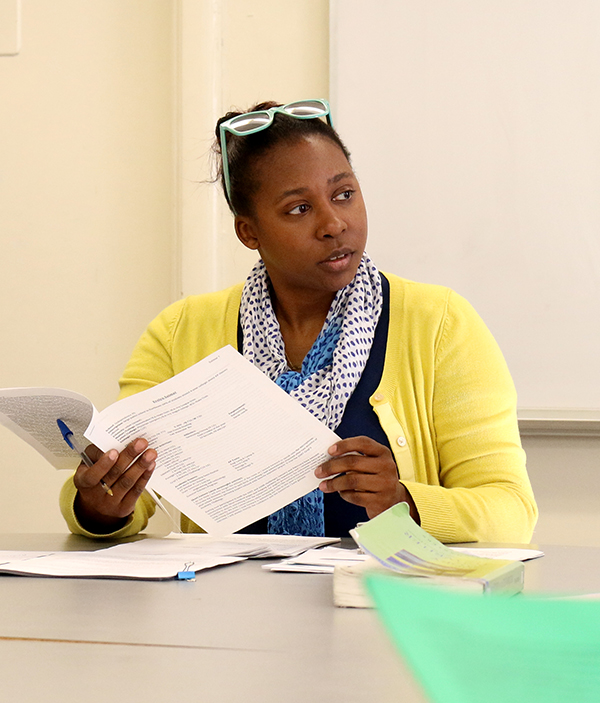 Her background: With a BFA in screenwriting, she aimed to write for soap operas, intrigued by the particular challenge of “these shows where people were watching for decades; they’re constantly engaged. But at the same time, the way shows are written, you have to be able to provide enough information so if someone new jumps in, they can pick up most of what’s going on within a week.” Nowadays, in addition to teaching, she writes fiction.

Class focus: Screenwriting and how a film gets from idea to film. Some angles they study: “When you read the script and see the movie, what are the differences? How can something not funny on the page turn out to be very humorous? How do you create a setting in a script so if it’s set in Boston it feels like it’s set in Boston?” They read articles and watch videos of directors and compare films with their scripts.

Class watches: “Good Will Hunting,” “Memento,” and “Fargo,” among others.

Students’ original film ideas: Her students’ major project is to create a script — from initial idea, to writing a logline (a one-sentence summary), to three-act summaries with major plot points written into the scenes, to revisions, to final script. Here are some logline examples: 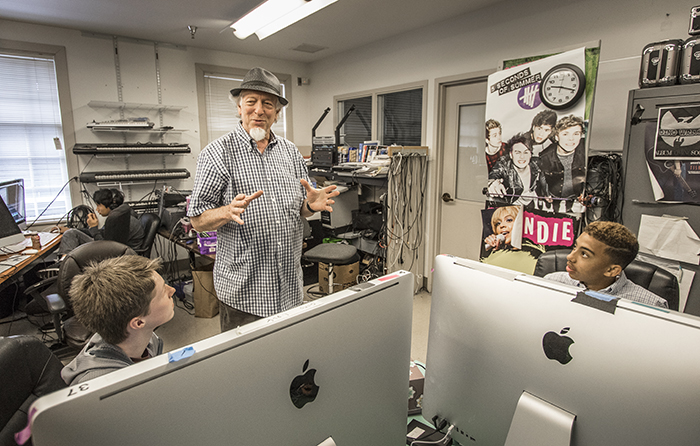 His background: Producer at Empty Space Theatre and elsewhere, studied filmmaking in art school, worked for a local video production company. He taught the first digital media arts elective in 2001; “at the time I said ‘we need this,’ nobody knew what that was.”

Class focus (changes since ’01): “The online world and social media world has altered what students most benefit from learning in a film studies class or in a digital media class. Social media promotes shorter and shorter films.

“I used to have students do PSAs (public service announcements); the PSA for TV was 30 or 60 seconds. Now I teach advocacy videos, which are best on the web. There’s no limit to time. There’s experimentation going on, in a wide variety of genres, as to what is the most effective length. But the trend is toward brevity, as with Snapchat, Instagram, or Vines. If you’re getting into phone apps or games, that’s another way the format influences the imaging, the editing, the pace."

The class experiences the whole scope of putting together a video or film, including recording and editing audio and making use of nonproprietary music or creating music.

The industry buzz over an award-winning 2015 feature length film shot entirely on an iPhone5 prompted Snapp last year to assign students for the first time to use phones to shoot their short video projects. They still edit with pro editing software.

“Today’s digital tools give an individual creator much greater efficiency and control over their ability to present their story. And helping students develop storytelling skills is still at the heart of what we do. Our students are digitally native. They get it. They’re very fast. And the wonderful thing about their being accustomed to sharing impulsive half-baked videos all the time is they’re not afraid to share things. Some are gems. But even when they’re not, you learn every time.”

This article was originally published in the Fall 2016 issue of Lakeside magazine.