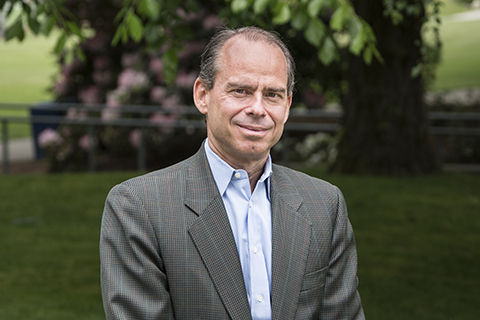 A decade of creating new opportunities for students to thrive
Oct 31 2018 8:30 AM
Share to FacebookShare to TwitterShare to Google+Share to LinkedInShare to PinterestShare to EmailPrint this page

by Bert Valdman, chair of Lakeside's Board of Trustees

Creating an environment where idea generation and innovation thrives is the topic of many discussions and publications at Lakeside School and the larger world. Steven Johnson in "Where Good Ideas Come From: The Natural History of Innovation" suggests that fluidity and connectivity are foundational to creative thinking. He draws a parallel with two of the earth's most basic elements, water and carbon, to advance his thesis. Water for its fluidity and its ability to build new pathways and networks. Carbon for its capacity to bond and create new compounds when it collides with other atoms. As a parent, volunteer, and member of the business community, I see every day how organizations and individuals need to creatively innovate and adapt to be successful.

This is my 10th year as a trustee of Lakeside School and my first of two years as chair of the Board of Trustees. I am the parent of both a Lakeside junior and a recent graduate who is now a sophomore in college. As I reflect on the past decade as a member of the Lakeside School community, what stands out is Lakeside's commitment to create environments that support new ways of learning, thinking, and doing. I am proud that Lakeside's Board of Trustees has played a role in creating a place where innovation is encouraged and supported.

The past decade has been an active one at Lakeside! In partnership with nine other forward-thinking schools, we launched the Global Online Academy in 2011 to provide students with the opportunity to choose from a greater number of classes and schedules and engage with peers from around the world. Global Online Academy has grown into a consortium of 74 independent schools and 1,500 students are currently enrolled in its classes. Over the years, Lakeside's Global Service Learning Program has expanded its geographic reach to include countries in Africa, Asia, Latin America, and the South Pacific, as well as locations throughout the Pacific Northwest. Through cultural immersion – living and working alongside members of their host communities – Lakeside students gain a better understanding and appreciation for both cultural differences and the common issues that face us globally.

Sometimes we've learned a lot from programs that haven't been successful. The Lakeside Peru Semester was another program to promote global education. Even though many independent schools quickly joined the effort in 2013, demand from students was not enough to sustain the program. Ultimately, a successful innovation is not about the longevity or size of a program, but rather the ongoing commitment to experiment with new learning environments and the agility to scale, or not.

Closer to home, Lakeside continues to provide new learning opportunities to the growing number of qualified students in the Seattle area. This past summer, over 500 students enrolled in Lakeside's one- to six-week academic and athletic programs. The Lakeside Educational Enrichment Program (LEEP), a free program designed for Seattle Public School students that started in 1965, added its first cohort of rising 6th graders this past summer. In September, The Downtown School, a Lakeside-affiliated high school located near Seattle Center, opened its doors. Its innovative model – emphasizing interdisciplinary, experiential, and online learning – is currently providing 45 students with fascinating learning opportunities.

The willingness to try new things, take measured risks, and learn from the experiences captures the spirit of Lakeside and is one of the reasons I enjoy serving as a trustee. We are fortunate to live in a growing and dynamic region with an ever-expanding pool of qualified and motivated students.  Supporting initiatives that create opportunities for students to forge new paths while they learn and grow as individuals will continue to be a core part of Lakeside's mission and the work of the Board of Trustees.

Bert Valdman is the chair of Lakeside's Board of Trustees. To contact the him, email the board secretary at board@lakesideschool.org or call 206-440-2723.