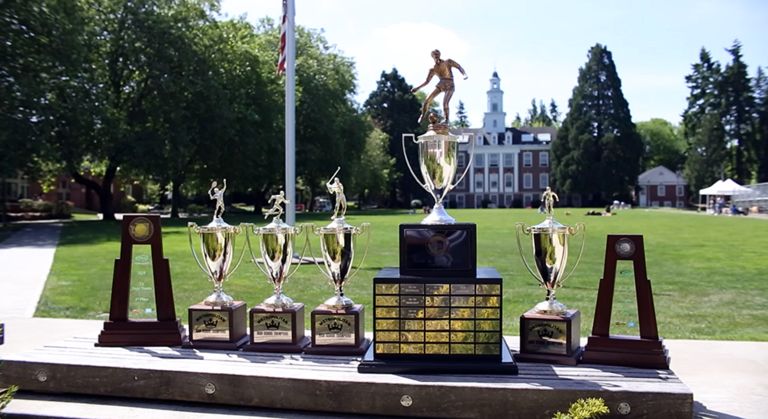 Athletics wins Scholastic Cup
Jun 7 2019 9:16 AM
Share to FacebookShare to TwitterShare to Google+Share to LinkedInShare to PinterestShare to EmailPrint this page

Lakeside Athletics has won the 2018-2019 3A Washington Interscholastic Activities Association (WIAA)/Washington Army National Guard Scholastic Cup, as announced by the WIAA on June 3.

“The Scholastic Cup is earned with a strong dedication to activities and athletics in your community, which has been exhibited by your school throughout the year in the classroom, as well as on the playing surfaces,” wrote Aaron Roetcisoender, WIAA Production Coordinator, in an email to the program announcing the victory.

The award is given based on a yearlong point system in which points are awarded for different levels of both athletic and academic success. For example, Lakeside’s recent boys soccer state championship contributed 100 points, as did the girls wrestling academic state championship. Those combined with the other athletic and academic accomplishments to earn Lakeside a total of 1,505 points and a first place finish.

“I am very proud of our students and coaches for winning the WIAA Scholastic Cup,” said Head of School Bernie Noe. “The award recognizes our students’ athletic and academic ability and their integrity on and off the field. It says a lot about Lakeside students that they excel in all three areas! Congratulations to all of our athletes for their hard work and dedication to their sports and studies, and for winning with grace and dignity.”