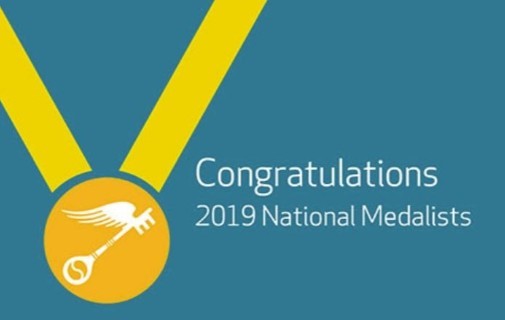 Lakeside students recognized in history and writing competitions
Apr 17 2019 10:00 AM
Share to FacebookShare to TwitterShare to LinkedInShare to PinterestShare to EmailPrint this page

The Scholastic Art & Writing Awards, the nation's longest-running and most prestigious recognition program for students in grades 7–12, recognized a number of Lakeside School students for their writing this spring.

Grace W-T. received a National Gold Medal for her personal essay, "Of Pale Warmth." Grace will to travel to New York this June to receive her award.

Sophia’s essay showed an “appreciation of the genetic realities of Huntington’s disease and clear presentation of the ethical arguments for and against disclosure,” said Jannine D. Cody, PhD, professor in the Department of Pediatrics at the University of Texas Health at San Antonio, and chair of ASHG’s Information & Education Committee.

Three Lakeside students were recently recognized in the regional National History Day competition. The program allows middle and high school students to research a historical topic of interest and present it creatively to the public. This year's theme was "Triumph and Tragedy in History."

The students continued on to the Washington History Day State Contest Saturday, May 4. Nathalie placed sixth and won the Washington State Historical Society Teen Historian Award, earning a project-based internship this summer. Minsoo placed fourth, and junior Sarah X won first prize for her paper "A Portrait: Chinese Americans in the Law Beneath the Shadow of Exclusion." Sarah has been invited to attend the national event in Washington DC this summer.