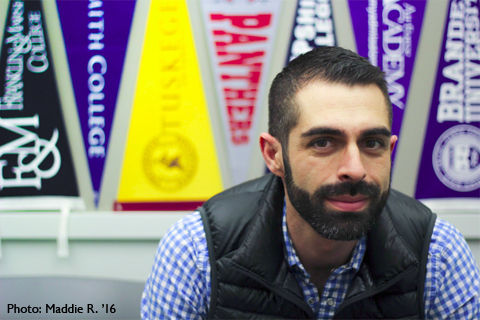 "White privilege" in the college admissions process: Setting the record straight
Jan 26 2017 8:00 AM
Share to FacebookShare to TwitterShare to Google+Share to LinkedInShare to PinterestShare to EmailPrint this page

In 1996, I began my college search. I visited six schools and liked five of them. On each campus, I saw many people like me — people who weren't only white, but whose cultural mores mirrored my own. I felt comfortable and knew "fitting in" would be seamless. I assumed my classmates, white and people of color, were having similar experiences finding campuses where they could readily integrate themselves. The college search was, in my naïve mind, a level-playing field where all students could find tons of schools where they could easily fit in.

In retrospect, I cringe. Discovering many campuses where I felt comfortable was a privilege, a white privilege. But then, I was oblivious to how privileged I was.

What I experienced in my college search was far from universal, both then and now. During my 15 years in the profession, I've spoken with countless students of color for whom finding a post-secondary community is challenging. Very few teenagers of color, especially black students, ultimately find that "perfect fit" in the way I did — that place where they feel unequivocally comfortable, confident their race won't be a barrier to success. Rather, they find colleges where racial discrimination is less likely, where there are at least some students that look like them, where racial consciousness is stronger (though not necessarily strong, just stronger) than on most other campuses.

Recently, one black senior removed University of North Carolina at Chapel Hill from her list of potential colleges, because of recent media reports about the reemergence of the Ku Klux Klan in the school's region. Her decision joltingly reminded me of how privileged I was in 1996 — and how privileged our white students continue to be in the college search.

However, over the past decade, the national debate over affirmative action has spawned a misperception, both at Lakeside and across the country, that students of color are advantaged in the college search. "If only my child were black," white parents sometimes say in my office, referring to the "leg up" they believe students of color have and that is not enjoyed by white applicants. From my perspective, a lifetime of discrimination — of trying to surmount the countless barriers people of color face — does not sound advantageous.

Affirmative action was implemented as an attempt to consider the societal obstacles people of color face that impede their ability to reach their potential. It was designed to create equity.

Even if affirmative action confers an advantage to students of color, the number of students who benefit pales in comparison to the number of white legacies, recruited athletes, development cases, VIPs, and first-generation students. I remember two years ago, for instance, a former admissions director from a Boston school telling me that the average SAT score for accepted legacies at Tufts was lower than that of accepted black and Latino applicants. The New York Times sponsored a discussion in 2011 about the role of legacy applicants in college admissions; you can read that discussion here.

That college admissions favors students of color is, quite simply, incorrect.

Over the years, this misperception has made the college search rough for students of color at Lakeside. Two years ago, one of our black seniors, a young woman with one of the highest grade-point averages in her class, said classmates often told her, "You don't have to worry about getting into a good college because you're black." Another young black man, according to his mother, cried regularly at home because of how frequently students told him that he would "get into a good college because he was black." For many students of color, the college process, which should be an exciting journey of self-discovery and exploration, is mired by racism.

Regardless of our political affiliation, I think most would agree that the past two years have revealed widespread racial tensions in the United States. While no single person can resolve these tensions, our college counseling team strives to create a culture at Lakeside that recognizes the challenges students of color face when they apply to college, and the myriad benefits the admissions system bestows on those of us who are white. I invite students, parents, teachers, and administrators to join me in this endeavor.

Ari Worthman is Lakeside's director of college counseling. Reach him at ari.worthman@lakesideschool.org.

To read more on white culture and white privilege, see "Waking up White" by nationally renowned educator Debby Irving.
You must be logged in to post a comment.
Powered by Finalsite