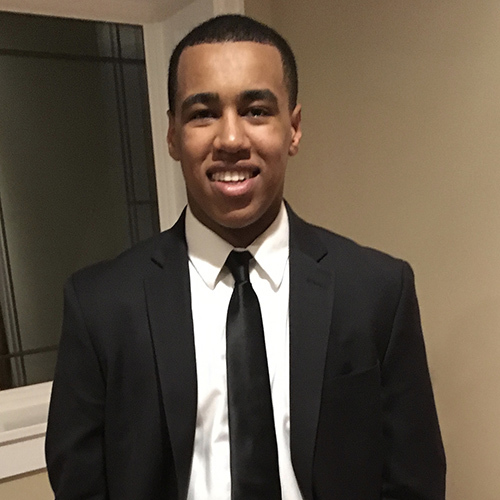 A leader for YOU, Lakeside
Share to FacebookShare to TwitterShare to LinkedInShare to PinterestShare to EmailPrint this page
Mar 16 2017

The following is a transcript of Dag M. '18's speech to the Upper School student body during Lakeside's annual student government presidential election.

I remember being a freshman, sitting in St Nicks, wondering who to vote for in our student government presidential election. In all honesty, I didn't care who won, but I never skipped assembly. But by the end, I was inspired to be in student government myself. The next year I was lucky enough to get a spot on "stud gov," and to see our new president in action. I learned a lot that year. I learned that a president needs to be a leader not only through their words, but their actions. They need to be a model to the rest of student government. They need to get their work done, and remind everyone everyday what it means to be a good representative. They need to be passionate about what they do, and make sure, no matter how small the project is, they put everything into it. Over the last two years I have worked on projects as small as installing toasters or pencil sharpeners to leading the entire inflatables team for May Day. This year I led the annual FIFA soccer video game tournament, and was able to quadruple our female participation.

My work has shown that I know what it takes to get a job done and that I can lead not only our student body, but Lakeside to a better future. But that isn't the only trait a president should have. Another is the simple love for the work they do. I have put student government above all else time and time again just because I love it. Although meetings during my free periods aren't my favorite, when I see a project have an effect on you guys, it makes it all worth it. When I see how much less stressful everyone is during the FIFA tournament, or while laying on the beanbags, it makes the projects that much more worthwhile. I love doing this, and that's what motivated me to run. I want to do everything in my power to make Lakeside a more fun place for everyone.

Which is why my main goal for next year would be something Lakeside has been struggling with for a while: stress. We all heard Bernie tell us to take some time to ourselves. But over the course of the year, I've realized how few us have been able to do that. Now, I can't get the teachers to give us less homework, or make their classes easier. But I do think a start would be creating smarter no-homework days with both student and teacher input. Because we've all had the teacher who conveniently gives you double the homework due two days later and we've all heard the classic "you don't haaave to do anything tonight." These ruin the no-homework nights for too many, and we should work with teachers to create a system where students can actually have a night off to spend with family or friends, doing what they want. I will also focus on smaller, but just as important, projects to help stress. We have a clear need for more stress-busters, we should be giving free hot chocolate or cotton candy as often as we can. I would also look into more food trucks and vending machines on campus.

The second focus I would have as president is to bring our school together. This year has undoubtedly shown us all how divided we can be. But it has also shown how we can come together. I would do this by finding the things we all love. Simple things like getting more attendance at games, plays, and art shows. I want to get a crowd like the one at the away basketball games at Nathan Hale. We may have lost by 41 points to the eventual state champions, but our crowd showed out and never stopped cheering. I also want to host not only the FIFA tournament, but maybe another game to include even more of the student body. I'd bring together the administration and the students as well by meeting with them more often to help convey the student body's concerns and complaints.

I want to leave you with one final thing: your president needs to be someone who you could walk up to and start a conversation with, not worrying if they are busy or willing to talk. They need to care about the people they are representing, and fight for them as if they were fighting for themselves. Give me the time, and I promise I will give you everything I have. I understand what responsibilities and roles I am running for, and promise to fight until the end for you.