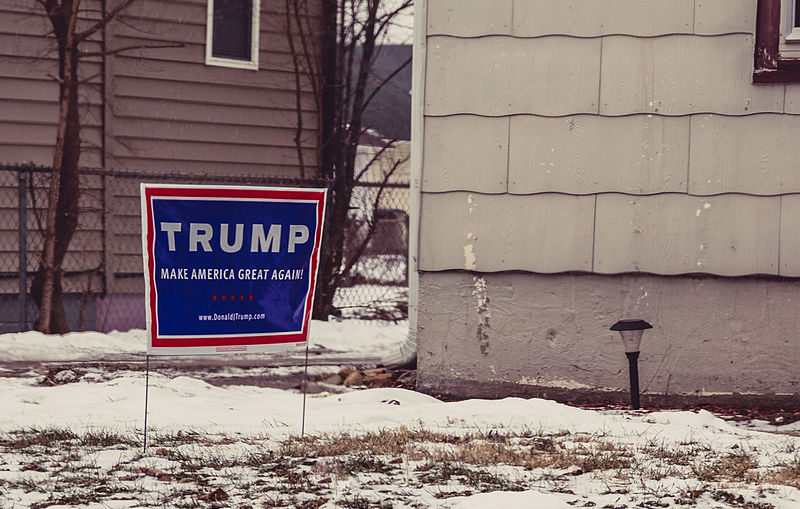 From the Tatler: A Trip To A Different America: Witnessing The Rural/Urban Divide
Share to FacebookShare to TwitterShare to Google+Share to LinkedInShare to PinterestShare to EmailPrint this page

Washington is a state that has historically been extremely liberal. It is a source of pride that we are at the forefront of so much social change in the United States, from gay marriage to marijuana legalization. It was no surprise then, when Hillary Clinton won the vote in our state by more than 16 percent. However, we often forget about how much of Washington, specifically Eastern Washington, is extremely rural and conservative. Even more, some counties that have been historically democratic and also rural, such as Grays Harbor and Mason, shifted their popular vote to president-elect Donald Trump this year. Living where we do, it's hard to think that there is much else beyond the Seattle-Metropolitan limits. However, even an hour outside of Seattle can expose you to many different values, beliefs, and, put simply, worlds.

We set out to understand this seemingly different world by packing up Sophie's car with a plethora of snacks, queuing up acoustic road-trip music, and setting off to Arlington, Washington, about an hour outside of Seattle. Snohomish County, where Arlington is located, voted about 55 percent Clinton and 40 percent Trump. But the goal wasn't to uncover the hidden Trump supporters; it was to understand rural America. The people we talked to had a variety of beliefs: some of them voted Trump, some of them voted Hillary, and some of them didn't vote at all. However, they all could agree on one thing: there is a definite misunderstanding between rural and urban America.

Living in a place like Seattle, it is hard to hold a non-liberal belief. To be honest, we don't do a great job trying to understand different points of view because we are so heavily engrossed in our "liberal bubble." When Jonathan Haidt talked to Lakesiders last year about how liberals often attack or bully people that don't share their world views, he was met with sharp criticism, much of it very accusatory. But he has a point: many liberals tend to demonize contrary opinions. It is easy to cast off Trump supporters as ignorant and hateful people, but talking to some of them first-hand with easily proved that they weren't. Sure, there are extremists like anywhere else, but most of Trump's supporters are (surprise) good people. Like anyone else, they want the country to improve for the better, even agreeing on many crucial issues such as healthcare or the environment, but are frustrated with the way the United States is being run. The majority of the people we talked to were not pleased with any of the options for president. They were hardly avid Trump supporters, but they felt cheated by government, in some cases thinking Hillary was extremely untrustworthy. And it's hard to blame them for wanting change.

However, many people in Seattle don't see Trump's supporters in this light. There is definitely misunderstanding between liberal voters and conservative voters, but even more so, there is a misunderstanding between city people and rural people. "There's a huge misconception on how things in the United States work... Rural voters are going to have a different understanding than city voters," said one man we interviewed. As a result of globalization, the rural working class feel that they are left behind and unacknowledged by the government. They feel that the system is corrupt and only benefits the rich. This discontentment was obviously a huge factor in enabling Donald Trump to win.

On the topic of the Seattle Transit System, one Arlington woman said to us: "Many people where I live don't really care about that. But in my lifetime, the city populations have expanded so much that it's critical to plan for that." Most of the people we interviewed who supported President-elect Donald Trump in the election stated that their number one reason in voting for him was to take a shot at creating real change. With rapidly growing city populations, politicians are constantly appealing to urban centers, while many rural areas experience the same downcast economies, job situations, and policies after repeatedly being promised improvements. Understanding this sentiment makes it a bit easier to understand Trump's victory, despite our "liberal bubble." While stuck in separate cycles of life, urban and rural voters will not understand each other, but steps can be taken to ease this political tension.

As juniors in high school, we are by no means political experts, but after having heart-to-heart interviews with people all over the political spectrum, we feel that we can recommend a few points of action. First, recognize where you come from. Stand up for what you believe in, but acknowledge your background and the various privileges in your life. Second, talk to more people: leave your social circle, and make yourself uncomfortable. In asking people for a few minutes of their day, we definitely got rejected more than enough times. However, on the way home, we both turned to each other and agreed that the process became a lot easier over time. In the end, we learned more than anything, we are all the same underneath. As one Arlington woman put it, "The bottom line is we have it better than everywhere else in the world." Living in the United States of America, we are nowhere near perfect, but we are also a far cry from completely flawed. Furthermore, it is our responsibility to continually take steps forward, and we cannot do that without first understanding ourselves and each other.