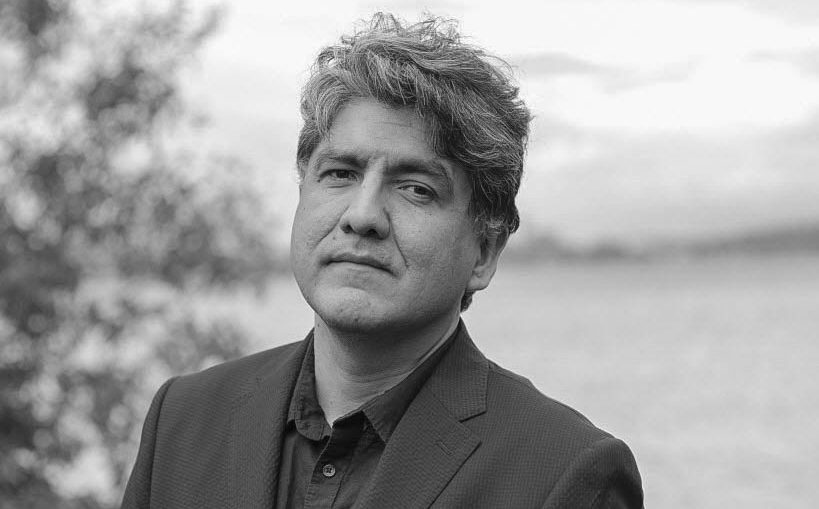 From the Tatler: Sherman Alexie: Artist or abuser?
Share to FacebookShare to TwitterShare to LinkedInShare to PinterestShare to EmailPrint this page
Jun 18 2018

In late February, Sherman Alexie – famous Seattleite and Native-American writer – issued a statement acknowledging the allegations of sexual harassment which had been circling the internet for days prior. Alexie began the statement saying, “Over the years, I have done things that have harmed other people, including those I love most deeply. To those whom I have hurt, I genuinely apologize. I am so sorry.”

Alexie’s misconduct came to light as the #MeToo movement swept across the children’s publishing world. Men accused by the #MeToo movement, including Kevin Spacey, Louis C.K., and Harvey Weinstein, have now been joined by famous children’s authors such as James Dashner, writer of the Maze Runner series; Jay Asher, the (disgustingly ironic) author of Thirteen Reasons Why; and now, Sherman Alexie.

Alexie is undoubtedly a brilliant writer. He’s been featured multiple times in the New Yorker –  which also named him one of the 20 Writers for the 21st Century –  and has been bestowed with countless awards for his powerful and beautiful writing. To quote my particularly well-embellished 9th grade English essay, “Alexie’s style has a certain feeling of honesty to it. His prose is unpretentious, often direct and blunt. When he does begin to wax poetic, the writing takes on a breathless feeling, as though the words are simply falling out of his mouth, he is not waiting to filter them…Alexie delivers his wisdom the way that wisdom often is: pulled along by run-on sentences of thought, to be grappled and grabbed at before it can completely pass by.”

Sherman Alexie has been a staple of Lakeside’s 9th grade English curriculum for more than a decade. His short story collection The Lone Ranger and Tonto Fistfight in Heaven has been included as one of the many diverse viewpoints examined in the class. But in the light of these new allegations, the English department must now consider the ethical implications of teaching Alexie’s writings. And as students and as thinkers, we too must also wonder: how does one solve a dilemma such as this? Especially these days, when we feel so pressured to disown the works we so love, we must begin to ask ourselves – can we truly and ethically appreciate the work of those who have done wrong things?

Perhaps this would be an easier question if the work was that of a scientist or an engineer. According to Isobel W. ’18 (who faced a similar question in an Ethics Bowl case last year), “A cure for cancer created by a registered sex offender would be used by people who strongly disagree with the scientist’s actions. Seeing as this cure itself could not reflect the scientist’s personal beliefs, and has high potential to benefit others, people would have far fewer qualms with buying the cure.” However, we both agreed, art is different. As playwright George Bernard Shaw once opined, “You use a glass mirror to see your face; you use works of art to see your soul.”

Art is supposed to be the ultimate form of self-expression. When you produce art, you are sharing a part of yourself. One might argue that someone who writes about a child molester is not necessarily a child molester, and certainly, I would agree. Vladmir Nabokov didn’t want Lolita published in the US because he believed that Americans always tend to read things too autobiographically. Art in itself is not indicative of its artist. But the artist is surely indicative of their art. After all, art is essentially informed by its producer – by their philosophies, by their experiences, and by – in the abstract – their soul. As such, we can conclude that it would be impossible to truly separate the art from the artist.

However, Mr. Christensen, writing on behalf of the 9th grade English team, pointed out that “it’s difficult to find great accomplishments in any domain that are not in some way tainted by the creator’s persona.” And certainly, he is right. J.D. Salinger, whose novel Catcher in the Rye is also included on the 9th grade English curriculum, dated a fourteen-year-old girl when he was thirty. Wagner was an anti-Semite, as was Degas. Ezra Pound was pro-fascism and a supporter of Mussolini. Nevertheless, we cannot deny the brilliance of any of these men, and we continue to appreciate their works to this day.

There remains a distinction, however, between these men and Sherman Alexie. Unlike Salinger or Degas, Alexie is still alive. As such, by buying his book, students would be quite directly supporting him. As Emma C. ’18 (a collaborator of Isobel’s on the Ethics Bowl case) explained, “When it comes to someone along the lines of a current musical artist, any way in which you support that artist – whether by buying a $1.29 song, watching their music video on Spotify, or bringing up that song to a friend – benefits them, if not directly monetarily then by increasing their fame.” The idea of monetarily supporting Alexie feels a bit too much like permission. It just doesn’t sit quite right.

Which brings me, ultimately, to my solution.

I think that Lakeside should continue to teach Alexie’s writings. But I also think that The Lone Ranger and Tonto shouldn’t be on list of books that we buy at the start of the year. I know that I’d rather read it on a PDF instead of endorsing his wealth. I also believe that more works by Native American writers should be included in the curriculum, perhaps as a replacement for some of Alexie’s stories.

Happily, the 9th Grade English department seems to agree with me. According to Mr. Christensen, “Next year, we plan on dropping The Lone Ranger and Tonto Fistfight in Heaven but intend to keep a small handful of stories from it because of their enduring quality and value for our students; at the same time, we will expand the scope of what we teach by Native American writers so that Alexie’s voice doesn’t become the be-all and end-all.  Please note also that our intention is to show Smoke Signals so that the students are exposed to a different genre/medium that dramatizes issues of race and marginalization from a Native American lens.”

I, for one, am pleased with the team’s decision. However, I also feel like there is still more to be discussed. The great author Chinua Achebe once called Joseph Conrad “a thoroughgoing racist” for his depiction of Africa in the novel Heart of Darkness. Nevertheless, Achebe did not believe that this made educators obligated to stop teaching Heart of Darkness. He simply encouraged them to include the other part of the narrative, or the part of the narrative that was missing.

It is so incredibly important, especially in times such as these, that we consider the ugly side of the narrative. Transparency is the answer, not censorship. We must analyze and examine, and then we must ask ourselves: what went wrong? Why do so many talented and powerful men think they can do this? Why do they think they can get away with it? How has our society and our culture enabled them? What can we do to change it?

Perhaps these are not questions that belong in the English classroom. But they should be discussed somewhere. Asking questions is essential and the first step we must take if we want to make a real change.