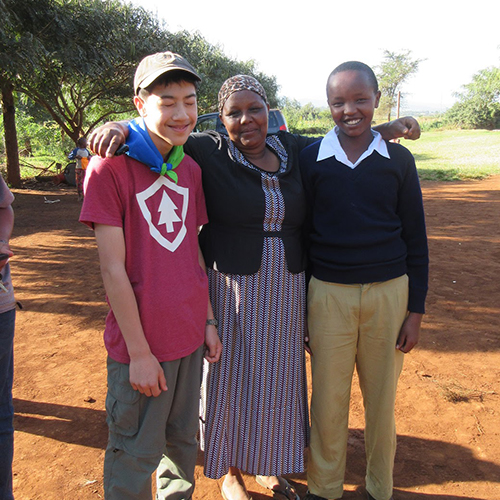 GSL Tanzania: Morning routines - another look
Share to FacebookShare to TwitterShare to Google+Share to LinkedInShare to PinterestShare to EmailPrint this page

I open my eyes to check my watch. It is 7:30. Between the sounds of cooking and incessant chicken calls, the morning was clearly incapable of waking me at a reasonable time. I try to slide out of bed, but forget about the mosquito net, and end up somewhat more confused. Moments later the mosquito net is up and I am opening my curtain.

Outside is my host sister, leaning over an array of plastic vats, each one containing a variety of washed and unwashed clothes. She has probably been leaning over these containers with straightened legs for quite some time, and will continue doing so because the women here work incredibly hard through pains, cramps, or discomfort. This is further emphasized as I leave my room to see my host mom reach her hand into some boiling water to test the temperature. She proceeds to take and pour that water into a flask for the morning tea, which has already been laid out on the table – I am definitely up too late.

Regardless, I sit down with Martin, my host brother, and begin to make my tea. A scoop of drinking chocolate, a smaller scoop of NIDO powdered milk, and an even tinier scoop of sugar. For the next part of the morning ritual, is bread. Four pieces I am tasked to consume. I begin on the first. The peanut butter looks most friendly, so I apply it first. Next comes Simba Chef mixed fruit jam. Finally, Blue Band Original Medium Fat Spread, which I avoid altogether. Finishing my breakfast, I take the stack of plates from Martin and move outside, where sure enough, my host sister is still leaning over clothes. I drop the dirty dishes in with the others, and wander over to the kitchen.

At times, as many as five people will be working in the kitchen at a time, but only my host mother is sitting here now. She is cutting onion by holding it in her hand, which I desperately want to avoid. I occasionally cut myself even when using a cutting board! Just chopping against my hand is terrifying. Quickly, I pull up a stool to stir the ugali: a thicker porridge that eventually becomes an extremely filling doughy staple. As time passes, I become more comfortable with the small wood pickaxe-shaped mixing tool. Making ugali is perhaps the most soothing of household chores, and moments later Martin is telling me to get ready to go to school.