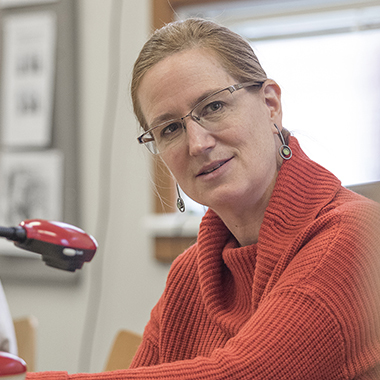 Helping students move from confusion to clarity: Designing a History of Capitalism course
Share to FacebookShare to TwitterShare to LinkedInShare to PinterestShare to EmailPrint this page
Jul 20 2017

History teacher Mary Anne Christy recently wrote this blog for Process, the blog of the Organization of American Historians, The Journal of American History, and The American Historian, dedicated to exploring the process of doing history and the multifaceted ways of engaging with the U.S. past. In it, she explains how she designed a semester-long elective on the History of Capitalism.

As a teacher of foundational courses on World History and U.S. History to high-school students, I have often found students come to my class with set opinions about politics and society based on very little deep thinking. In particular, they come to class opinionated but also confused about the ideas behind capitalism. To address this issue, I designed the semester-long elective on the History of Capitalism outlined in this blog. I hope other educators will be inspired to join in helping students construct their own informed ideas about this essential concept in U.S. and World History.

The course is structured around three units—the Big Ideas of Capitalism, the History of Capitalism, and Capitalism in the Modern World. All three units are shaped by the idea that there are at least two legitimate sides to most of the conflicts within capitalism. The building blocks of the course are debates, mini-lectures, and studies designed to answer concrete questions drawn from a business-school view of the world (my own pre-education background). Those of us who come from that business-school world often find it satisfying to look at problems as "cases," finding categories of information that can help when organizing and analyzing information to make differing problems more similar. Students finish the course by writing a personal credo—a statement of their personal beliefs drawn from their own understanding of the socio-economic system of capitalism. Over the course of the semester, students build a class definition of the system, closely examine the development of that system over time, and create and present lesson plans based on a case within the system.

First, students must look closely at the constituent elements of the concept of capitalism in a unit-long concept formation (for more on this foundational method see Walter Parker's work on Hilda Tabba's original strategy). In the early days of class, students construct a class definition, starting in small groups, steered somewhat by the teacher as well as common cultural understanding of the concept from movies, social media, and political rhetoric. In general the "Big Ideas" that emerge in the definition include greed, competition, individualism, inequality, government control or a free market, and private property. (I generally have to prod them a bit to include at least one of the elements. But, if the students won't be prodded, I let the definition stand and then we change the definition as the class proceeds.) Because this unit includes lessons examining each of the Big Ideas in detail, I try to make sure each of them plays some part in the definition. The initial class definition last year was as follows: "Capitalism is an open-market socio-economic system allowing for financial inequality which is self-regulated by all individuals through competition, acting in their own self-interest [with the goal of/by-product of/possible effect of . . . maximizing production and innovation for all/society/the fittest.]" Clearly there wasn't unanimity even after a full period spent crafting the sentence!

The unit that follows this introduction includes lessons with readings from opposite sides on such conflicts as: greed as a positive or negative force; competition as an absolute good or evil; individualism vs. community; and free market vs. a controlled economy. I've had success with formative assessments that include summaries, reflection writing in a journal, and structured academic controversy-style debates. These writing and verbal engagement assessments help students formulate their own thinking. Later students can look back on their thinking in these focused assignments to construct the final assessment for this unit: a position paper in which students propose their idea of the appropriate role of government in the economy. Students struggle with this paper and will basically rewrite and rethink the ideas they set down here for the rest of the course until they construct their final credo as a summative assessment for the class as a whole.

In the next unit, students examine one thesis put forth in the main text for the course, Joyce Appleby's "The Relentless Revolution: A History of Capitalism." Appleby's thesis states that capitalism as described by Adam Smith only came into existence shortly before his birth, due to developments in Europe which she describes in her book. In class, through mini-lectures and readings, students learn about various places and times in history which displayed some elements of capitalism as set out in our class definition. Their goal is to answer the guiding question for the unit as whole: Did capitalism exist before Adam Smith described it? Students answer the question via a super-graphic timeline of capitalism demonstrating their view of the ebb and flow of capitalism. The larger strategy behind this unit is to give students the opportunity to construct more meaning related to the larger definition they've constructed so that when they come to build an opinion on more modern controversies, they already have had analytical practice.

As part of the exploration for the first two units, the class develops a sort of litmus test that each student will use to decide the degree of capitalism in a time and place. (For example, they decide: how free was this market? How much competition was tolerated in this society?) We also develop a framework for looking at a particular case (like the British East India Tea Company or the Gambino family monopoly on trucking for the fashion industry—a case students read in the first unit from the other course text, Eliot Spitzer's "Defending Capitalism Case by Case.") In addition to considering the Big Ideas from the earlier unit, the case framework includes questions like: Are consumers or producers better off? What is the role of workers in the case? What are the individual rights at stake? What happens to the common good here? Is there inappropriate self-interest here? Whose? What are the external market conditions at play? What is the role of the government? Asking and answering these questions allows the students to start applying Marxism and more current ideas about capitalism as we learn them.

The last unit of the course is an examination of modern developments in capitalism. This unit includes lessons similar to those from the beginning and middle of the course. As a part of the unit, students teach cases they've been researching. I draw from the parental community, inviting visitors to come in to present their cases as well—in Seattle we've had thought-provoking visits from Starbucks, the Bill & Melinda Gates Foundation, and Facebook. These cases provide the beating heart of the course and give the students meat for the bones of their final position paper—their own opinion on the socio-economic system we have labeled capitalism. By the end of the course, students have developed skills that allow them to analyze big ideas behind a major socio-economic system and also to take a stand based on substance and deep thought.