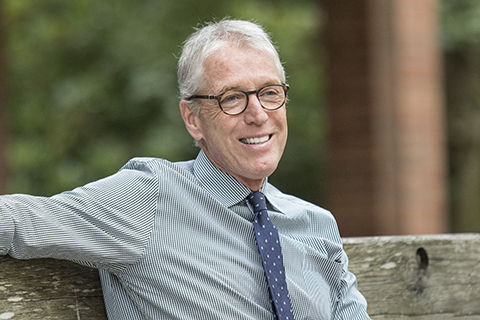 This past week, along with seven colleagues, I attended the People of Color Conference in Atlanta and was inspired to hear from so many people who are working to make the world a better place for others. Six of our Upper School students also attended the Student Diversity Leadership Conference, which runs concurrently. Bryan Stevenson, author of "Just Mercy," talked about the American justice system and his work with prisoners on death row. He is an inspirational guy and I was glad our students had the chance to hear from him. Cuban American poet Richard Blanco, the inaugural poet in 2013, spoke about finding his cultural identity and read several of his poems. It was a privilege to hear his story of struggling to sort out his cultural and sexual identity.

Lakeside teachers conducted four different workshops at the conference. Middle School Educational Technology Support Specialist Dave Miller and Camilla Calkins, student information data manager (among her many roles here), led a panel discussion on people of color in technology at independent schools. One of the panelists recounted how she had been at a technology summit recently and was the only person of color in the room — not a great environment for students of color who might want to consider a career in technology.

Middle School Assistant Director Ted Chen and history teacher Merissa Reed led an excellent workshop on critical race theory, explaining how they teach their students to notice how history is written and whose voices are dominant and whose are not included. There were many questions from the audience once they finished, and many were taking notes.

Upper School English teacher Mal Goss talked about her African American literature course and how she teaches this class, offering those in the audience ideas for how they might set up a similar course. The workshop also explored strategies for students to engage in discussion about the experience of being black in America.

Ted Chen and Upper School English teacher Emily Chu conducted a workshop about the experiences and racial identity development of Asian and Pacific Islanders and their presence in curriculum. I could not get to this presentation, but the word is that Emily and Ted really rocked it.

Upper School English teacher Fakhereddine Berrada also played an important role. He led the Greater Middle East Affinity Group over the three days of the conference. This is a very challenging, complex task which requires tremendous mediation and facilitation skills. He prepared for hours to do so and in the estimation of everyone did a great job! The affinity groups are a critical part of the conference so his good work was most appreciated.

On Friday night in the lobby of the hotel, someone stopped me to say, "Hey, you have a great group of faculty at Lakeside." I could not agree more. I think Lakesiders added a lot of value to the conference!

I briefly caught up with our students at the airport and asked them what they took away from the Student Diversity Leadership Conference. They said:

Director of Equity and Instruction Christel McGuigan organized the trip for all of us adults, and Student Equity Programs Coordinator Debbie Bensadon, with a major assist from LEEP Director Latasia Lanier, took charge of the six students on the trip. Thanks to all who participated!