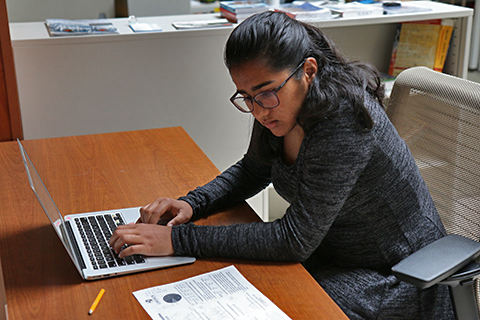 LSRI: Trends in avalanche fatalities
Share to FacebookShare to TwitterShare to LinkedInShare to PinterestShare to EmailPrint this page
Jul 24 2018

Did you know that from 2010-2018, an average of 25 people died in avalanches each year in the United States? A month ago, I didn’t know that either. This summer during the Lakeside Summer Research Institute, I decided to focus on analyzing trends in avalanche fatalities in the U.S. because there was an abundance of data to go through. Using reports from the Colorado Avalanche Information Center, I set out to answer the following questions about avalanche fatalities.

1. What is the relationship between burial in an avalanche and survival rate?

Burial has a big impact on survival after an avalanche. As more of the body is covered by snow, chances of survival drop immensely. The study "Causes of Death Among Avalanche Fatalities in Colorado: A 21-year Review" from Wilderness & Environmental Medicine concluded that 65 percent of avalanche deaths in Colorado were caused by asphyxiation, suggesting that many deaths for those who were fully buried could have been prevented through quicker rescue or appropriate safety equipment, such as an airbag pack. Those who were not buried likely died due to trauma, the second most common cause of death during avalanches in the United States. The study "Patterns of Death Among Avalanche Fatalities: A 21-year Review" from the Canadian Medical Association Journal found that trauma deaths are more prevalent in North America than Europe due to greater access to forested areas.

2. What is the relationship between danger rating and risk-taking in fatal avalanches?

Fig. 2 shows the distribution of 67 deaths.

When possible, an avalanche forecast is put out for a given area by local forecasting groups. Most backcountry users take these into account when making decisions and taking risks in the backcountry. Many find that at considerable danger ratings, snow is more fun to be in, and are willing to go out in more dangerous conditions. I hypothesize that at moderate, considerable, and high levels of danger, backcountry users may overestimate their abilities, as shown by the relatively high amount of deaths in this range. Risk-taking seems to drop steeply once danger levels are forecast to be extreme.

3. What is the relationship between mode of travel and survival rate in fatal avalanches?

A total of 192 avalanche fatality cases were recorded from 2010-2018 in the U.S. Of the 314 people caught in fatal avalanches, 40 percent were skiers, 31 percent snowmobilers, 11 percent snowboarders, 14 percent climbers, and 4 percent other (snowshoeing and snowbiking). There does not seem to be much statistically significant variation in the different modes of travel. There is a possibility that group size and equipment that are associated with these modes of travel could affect survival rate. However, further study is needed due to the small sample size. In addition, these fatality percentages are flawed as they are derived from data that only includes instances where at least one person has died. In an avalanche, one’s chances of dying are lower than the numbers cited above; however, it is difficult to find the exact survival rate as data for non-fatal avalanches is limited.