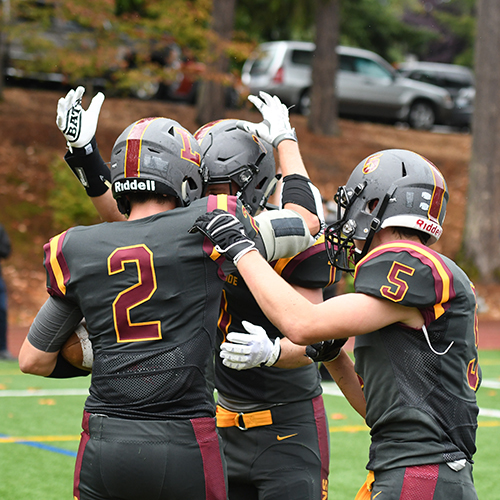 Five years ago when the interviewing committee at Lakeside asked me what my coaching philosophy was, the answer I gave was: "Build great people through the game of football." It sounded good and truly was what I was hoping to do here at Lakeside. But I would have been at a loss if anyone had followed up with "how do you plan to do that?" Fortunately, I have been afforded the past five years to truly define how the game of football builds great people. It comes down to a very simple equation: process > product.

It's easy to say that the wins and losses don't matter. It's easy to say if we take care of our own business and not worry about anyone else's, success will come. It's easy to say we can't control the other team, officials, weather, or any other external factor. But unless you have an underlying reason why those things don't matter, they are just words. Instead, when you fully embrace the idea that the process (of striving for excellence) is much greater than the product (any external reward/recognition) then it all begins to fall in to place. You feel yourself driven by the never-ending process of getting better as a football player and as a person, not the products that come with it. When the kids on your team start to understand that, they can become very special players. When the team starts to grasp it as a whole, really special things begin to happen.

The 2016 Lakeside football team is on their way to truly believing in that philosophy. Their worth and their value is not based on stats, awards, or recognition. Their worth is based on improvement, effort, and camaraderie. That being said, this is one of the most explosive, exciting, and talented football teams that I have had the privilege of coaching at Lakeside. It is not lost on us that there is much success heading this team's way on an individual and team level. But what is also not lost on us is that it is the process that will take us there; never the hunt for the product.

Now THAT is how you build great people through the game of football.