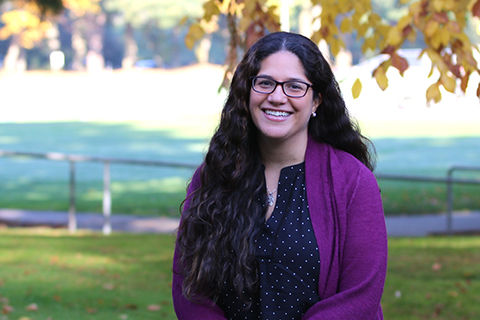 This past Saturday, Lakeside hosted a regional diversity and inclusion retreat for middle school students. The summit was a partnership with seven other schools – Billings Middle School, Eastside Prep, The Evergreen School, The Northwest School, Overlake School, Rowland Hall, and Seattle Country Day School – and it brought together 150 students and their chaperones from 13 different schools, some coming from as far as Utah! Our goal: to empower students to develop a positive sense of self and to create a diverse community of engaged changemakers. This summit emerges from Our Work Together – specifically in relation to goal four, which is to continue to nurture a school culture that acknowledges and honors difference and leads to an increasingly inclusive school where every individual is listened to, respected, and valued.

The theme of the summit was "Building Connections and Alliances," and we focused on fostering relationships among the participating students. One thing we've heard from Lakeside students who've attended national and regional conferences is that students greatly appreciate the opportunity to connect in affinity spaces, where there is a critical mass of students who share their identity. We wanted the summit to be a space in which students could connect with each other – particularly because many of the students who attended might not have established affinity group programs in their own schools.

Educators Emily Schorr Lesnick and Lakeside alumnus Jamila Humphrie '06 were keynote speakers. The pair spoke about "How We GLOW," a piece of interview theater that explores LGBTQ+ youth identity, which has performed at more than 30 schools and community spaces. During their talk, they spoke about critical connections, and how important strong connections can be, even if you don't have critical mass in a community. It was a dynamic presentation, and a great way to kick off the day.

Much of the event was committed to students meeting in affinity groups, which were facilitated by Upper School students from Lakeside and University Prep. During the morning, there was a race-based affinity group session, while during lunch there was a LGBTQ+ affinity group session. Our aim was to eliminate students' need to prioritize one aspect of their identity over another. Afterwards, the high school facilitators shifted roles and spoke on a panel, answering questions from the middle schoolers. They wanted to know how the high schoolers had gotten involved with advocacy and social justice work – and how they could get involved too. The older students also shared some of their challenges and hardships, which helped all the students feel less isolated.

There was such an amazing feeling to the day. Students were grateful to be there, and many were thrilled to see the Week of Listening displays all around the student center – they were literally glowing! As part of the closing activity, students made friendship bracelets using colors shared by students with whom they'd interacted throughout the day. That sharing reflected the swap of emails and phone numbers and the connections on social media, as these students formed a new cohort that extends beyond their own campuses.

This event was just one example of students taking on leadership roles in our diversity, equity, and inclusion work. The Upper School students who participated in the summit were among the 40 students trained to co-facilitate Lakeside Middle School affinity and alliance groups this year. Coming, up, students who attended the Student Diversity Leadership Conference are planning two half-day events – one on Student Sponsored Day and one on May Day. And, for the first time, we'll have a spring SAC retreat! SAC (Student Awareness Council) is a student-driven group devoted to increasing awareness about a wide spectrum of social issues relevant to student life, both on and off the Lakeside campus. The spring retreat takes place on April 27 and 28, and we are currently accepting applications; applications from students who have not previously attended a SAC retreat will be prioritized. You can learn more about SAC and the fall retreat in this blog by Michelle V. '19.

There will be upcoming opportunities for even more students to participate in this work because Seattle will host the NAIS 2019 People of Color Conference and Students Diversity Leadership Conference in December! Over 7,000 educators – including 1,600 students – will visit our city to learn, connect, and celebrate.

Coming up: May 15 event for families of color
We are honored to be part of the Seattle-People of Color in Independent Schools (POCIS) leadership group. The mission of the group is to provide affinity spaces for families with children of color to connect across local-area independent schools. Families with children of color include families in which any member identifies as a person of color.

We hope to see many Lakesiders on Wednesday, May 15 Seattle-POCIS event "Building Your Parent Toolkit." It's a community-building event designed to acknowledge common experiences and discuss approaches to navigating the independent school journey. The evening will include a keynote presentation providing a behind-the-scenes look into how independent schools operate, as well as small-group breakout sessions to help identify resources to support adults and students.

The event takes place at The Bush School from 5:45-8 p.m.; dinner will be provided. Learn more and register at bush.edu/seattlepocis.

Debbie Bensadon is assistant director of equity and inclusion, as well as a Spanish teacher at the Upper School.  You can reach her at dei@lakesideschool.org and 206-440- 2908.